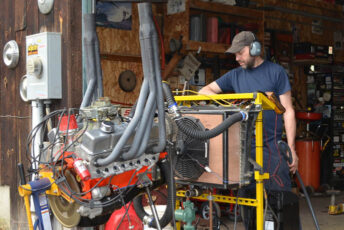 This Chevy 388 stroker was machined and built here at Big E's Garage. The engine is going into a customers single seat mud buggy.

Breaking in the rings and the cam on this
freshly built Chevy 388 Stoker for 30 minutes at 2500 RPM.

A sonic test was done to check the cylinder wall thickness of this, already .030" over, 350ci 4 bolt main Chevy small-block before it was bored to .060" over and stroked to 3.75". I wanted to make sure that the block was a solid foundation for the power level we were shooting for. Once it proved that it was I went ahead and rebuilt the 90's vintage AFR 220D cylinder heads, which by the looks of it had seen plenty of action. I replaced two exhaust valve seats and one intake and all the exhaust valves due to corrosion. I resurfaced the heads, refaced the intake valves and cut new valve seats. 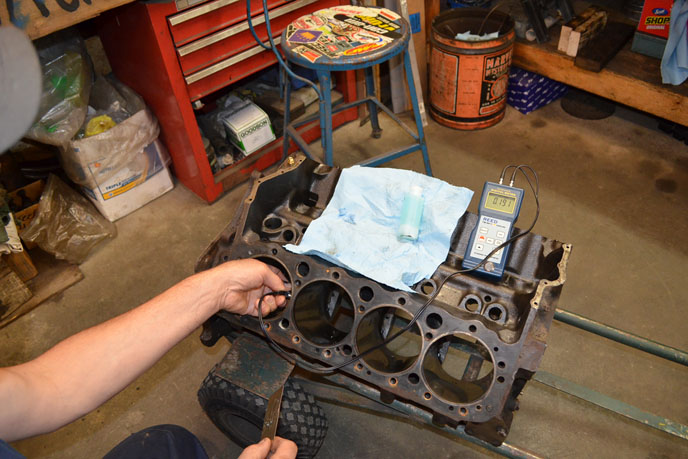 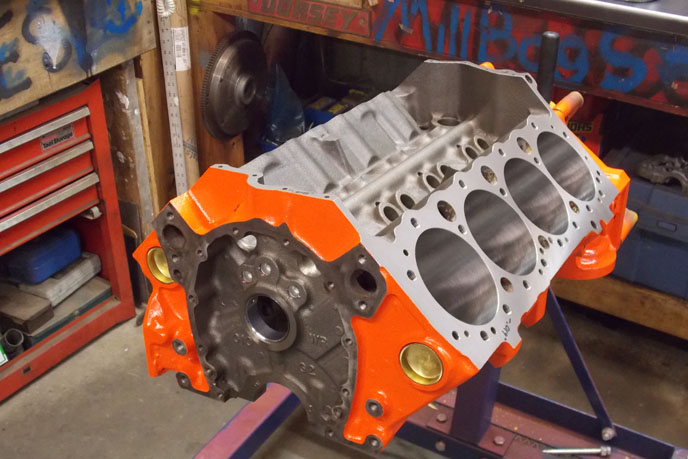 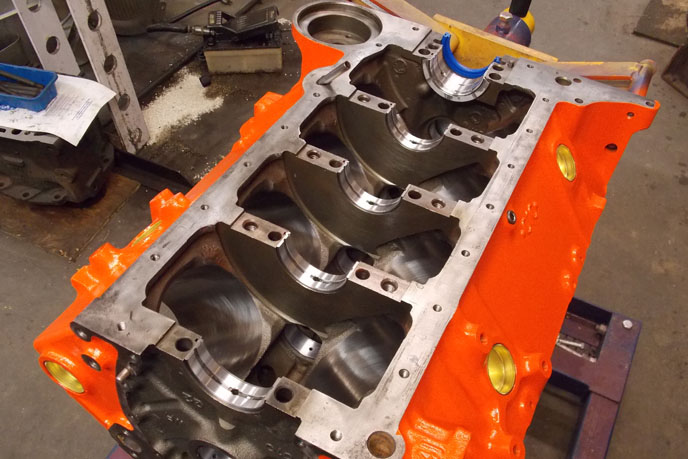 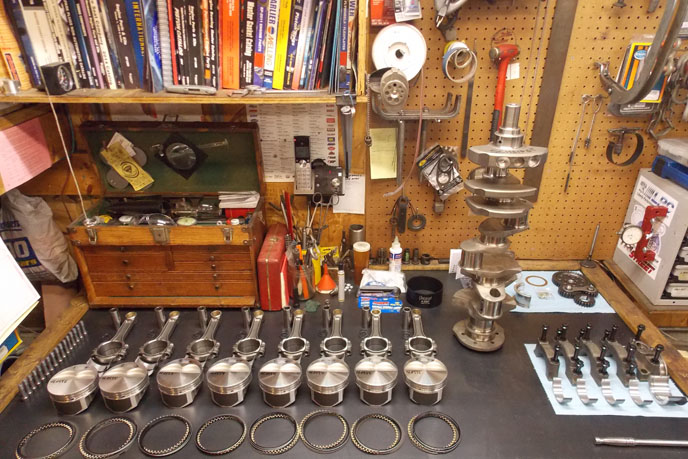 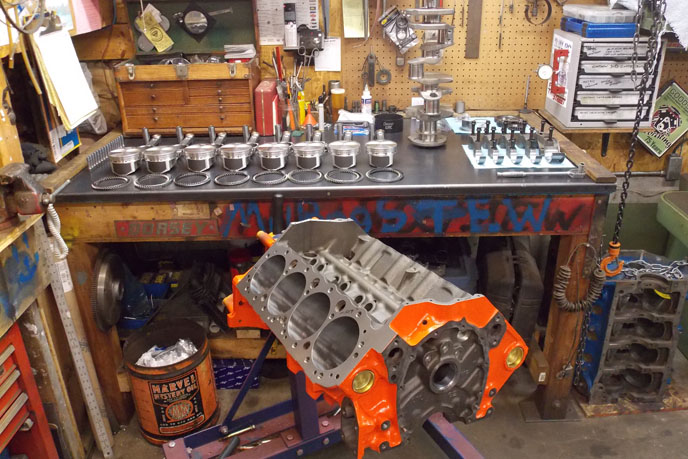 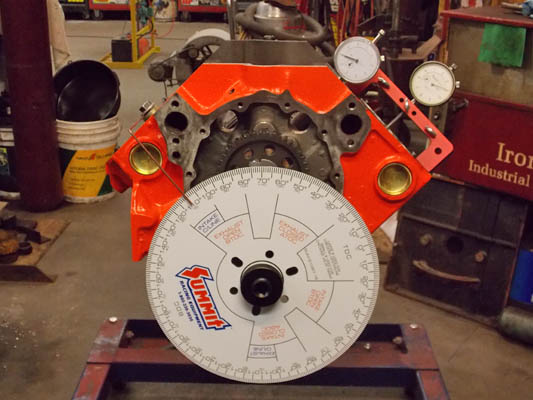 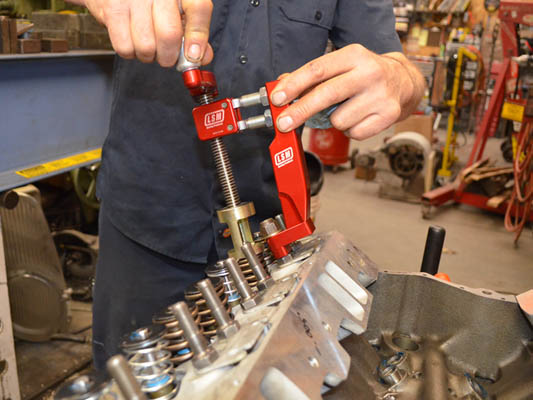 Photos of degreeing the cam.  Then swapping out the valve springs to mock up the valve train for push rod length and clearance as well as establish proper rocker arm geometry. 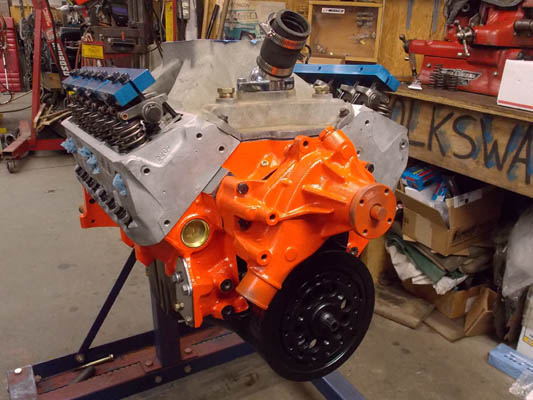 Tightened down the rod caps using the stretch gauge method.

Modified the harmonic balancer, took out .0008 thousandths of an inch out of the bore to achieve the proper interference fit over the snout of the crank. 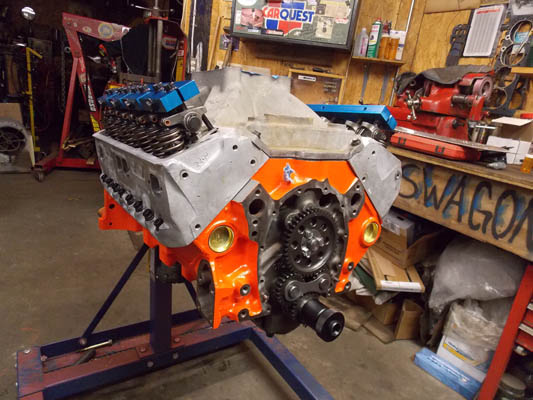 Putting on the top end and assembling the valve train. 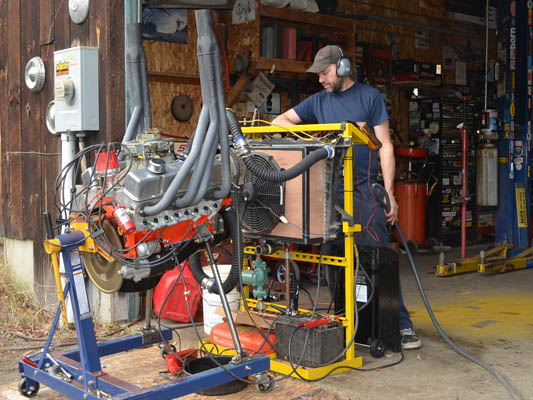 Breaking in the rings and the cam on this freshly built Chevy 388 Stoker for 30 minutes at 2500 RPM.